I was unable to go to BUILD this year, and that made me pretty sad. This year’s theme was “Cloud First; Mobile First.” - but wait, how can both be first? Well, that’s the question they wanted you to ask. So instead let’s ask, “What about desktop?” You see //build (yes I’m going to type it every way I can) was about 2 things this year: Azure (now called Microsoft Azure) and Windows Phone 8.1. Sure there was a little talk about Windows 8.1 Update, but really that was a sideshow (along with the teaser that they are bringing the Start Menu back).

Cloud First Mobile First and desktop never. Think about it. A few months ago when //build/ was announced there was talk about Windows 9 making an appearance. However, there wasn’t a single word about it at this conference.

Cloud First Mobile First, does that mean that we will have another /build conference this year and the topic will be Desktop Second? Also, it seems strange to have a /b conference and not have a build to give out to people. In fact, although the new UI for Azure was sent into the wild, the build for Windows Phone 8.1 will come in, “the first part of April.” Emphasis is mine. 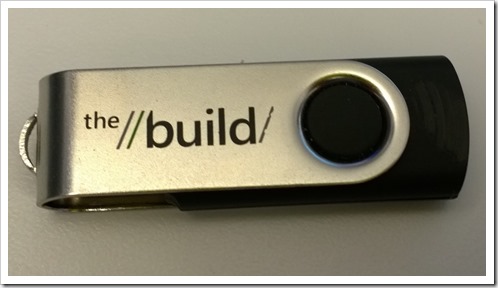 Cloud First Mobile First except for Americans. The nice new Nokia Lumia 930 was introduced, but if you read between the lines they say, “we will continue to push the Nokia Lumia Icon for American audiences.” That means that the 930 won’t be coming to the States anytime soon. Also on the cloud front, the big advances in datacenters are taking place in Europe and Asia with heavy emphasis on data redundancy being at least 500 miles away, but in the same geographical region. A nod towards not having your data in America at all for fear that the NSA is reading all the trillions of records.

Maybe I’m just biased because I’m a desktop developer now. There was some great new advances for web development. The new edit in browser and the changes appear in Visual Studio is one of the most amazing things I’ve seen in a long long time. In the end though, I’m glad I wasn’t able to pay the $2095 to attend the conference. Maybe there’ll be another one in September that is dedicated to the desktop.

Office for iPad is now available